It is time to "normalize" the difference - Iceberg Cultures of Inclusion

It is time to «normalize» the difference

«That’s not normal!» A friend once told me. This seemingly innocent and very common phrase in everyday conversations has much deeper connotations than we can imagine. Was my friend telling me that I was «abnormal» for not behaving according to what he considered «normal»? I imagine that nobody likes to be described as someone «abnormal». After several years of reading about inclusion and equity, I understood all the ramifications of the concept of normality, and how it is associated with “privilege”. In short, what is nomal in this life? Who defines what is normal? What happens to those people who do not fit the concept of what is normal?

The “normal” itself does not

exist. It is more a social construction based on dominant beliefs that fight each other in each society, and that vary over time. 80 years ago it was not “normal” for women to vote for example. The normal is usually aligned with the most common or conventional, the average, or the majority. However, its application is more related to power than to the number of people who are included in that «normal». Today, for example, it is not normal to see a «half-breed» in the fashionable advertising posters that abound on the roads of Perú. However, «half-breed» and indigenous people make up the vast majority of the country’s inhabitants.

Now, which are the groups aligned to the prevailing norm that benefit from unearned advantages, that is, privileges today? The current paradigm of normality supports and privileges men, whites, adults, with formal education and economic resources, Catholics, heterosexuals, and without any obious disability. Let’s look at an example: in terms of sexual orientation, what is considered “normal” today is being heterosexual. Those who fit this norm have the privilege, for example, of freely showing their love in public without fear of being persecuted, evicted or imprisioned. On the other hand, the implicit norm in many companies is that leadership must be in the hands of men. A woman as the CEO of a company is something rare, infrequent, «not normal».

Those people and groups that do not «fit» within the concept of normal are subjected to discrimination and inequality in society.  Normality generates a covert assimilation effect, such as homosexuals hiding their sexual orientation to appear more «normal», black people using skin creams to whiten them, etc. Everything that is not aligned with what is considered «normal», by contrast, is «abnormal», or in other words, «rare», «inferior», «dangerous», and therefore is wrong. And if you resist aligning yourself with the prevailing norm, you are subject to discrimination.

A fundamental action in favor of equity is to question the dominant definitions of normality, or in another words, «normalize» what is different. When the difference is accepted as something normal, the privileges of some groups begin to disappear, helping to generate a more equitable society. The same happens at the organizational level. When a company begins to promote greater inclusion of difference, peoplebegin to feel more free, engaged, and productive.

How can you contribute to normalize the difference in you personal and professional context? 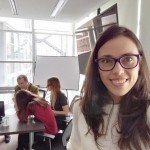